R2 Sports has a very good tournament information tool. This tool can let you know what the brackets will look like as soon as you know the number of players in your bracket and their names. You will normally have this after registration is closed and three to four days before starting times and the brackets are ‘published’.

Use the drop-down option to ‘Search By Division’ on the Participants page for your event. Select the appropriate one and click on Submit.
A screenshot from the 2015 US Open is used below. 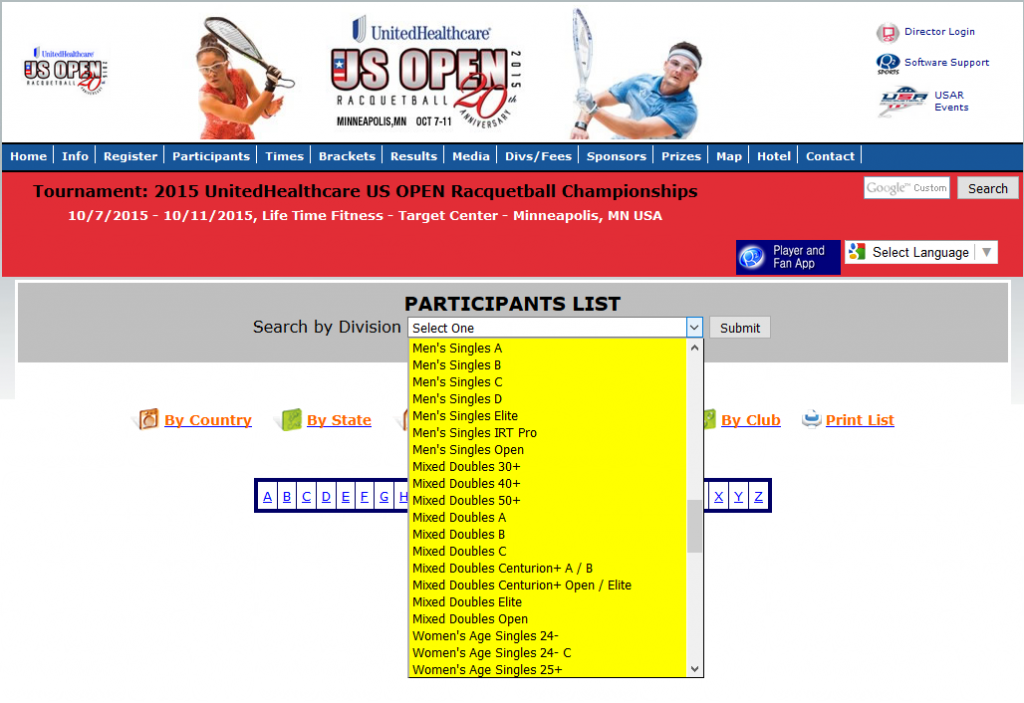 Then, right-click on each player’s name, and choose Open Link in New Tab.

Put in each player’s name, their current ranking, and I like to capture their self-reported skill level as well. Use n/a if the player has no tournament history. 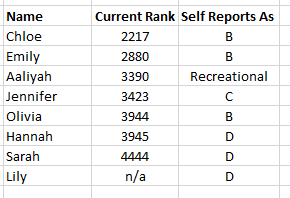 Now that you know how many players there are and how they will be ranked against each other, you are ready to dive into the brackets.

Find the Single Elimination Seeded Tournament Bracket that matches the number of players and open that page.

In the example above, I used 8 players, so we’d use this one.
http://www.printyourbrackets.com/8seeded.html 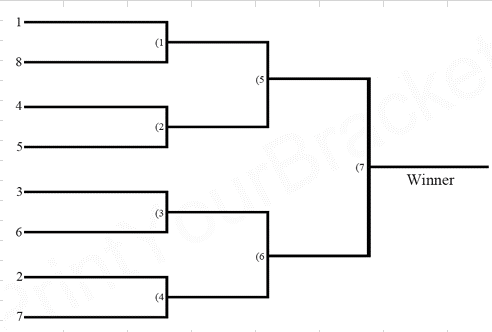 Now in your spreadsheet, you can mark down what ranks will be playing against each other in the first round. 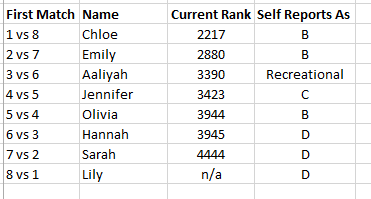 I did three divisions using this method when the US Open participant list was made public, and it took ~15 minutes to get it all laid out so that I understood who was playing and who they would be playing against. I use this same method prior to most tournaments so I know who to look for around the courts based on the player’s portrait that they uploaded to R2 Sports.